MCT oil, a favorite with keto diet adherents, is a supplement that is touted to help with weight loss, curb hunger, enhance workouts, benefit the brain, and even help kids with autism and seniors with Alzheimer’s disease.

But are those claims true?

“Ah, keto,” said Walter Kendall, manager of the GNC store at Seventh and Chestnut Streets in Center City, when asked about MCT oil products. The high-fat, low-carb diet and the oil are tied closely together, he said.

Kendall noticed that customers began asking for MCT oil more than a year ago.

“It’s been selling like crazy,” he said. People who were into the keto diet use MCTs to reduce the stress level on their muscles, he said.

Kendall gave MCT oil a try to get over the morning lull he experiences when he is constantly working.

“I’m like ripping and running,” he said, describing the boost in energy from the product.

Kendall’s observation about interest in MCTs is on target. Sales of the products are expected to continue to grow, according to industry experts.

But is there any validity to his claims, or those of his customers?

Doctors have used medium-chain triglycerides to treat patients who secrete excess fat in the stools because of disorders that affect the body’s ability to absorb nutrients, such as pancreatic insufficiency, or after surgery to remove parts of the stomach or intestine for those who had trouble metabolizing fats.

“The medium-chain triglycerides help them get the fat they need,” said Stella Lucia Volpe, professor and chair of the department of nutrition sciences at Drexel University. Everybody needs fat in a diet, she said.

Although it is found in stores that sell natural products, MCTs sold in supplement form are not a naturally occurring product, she said. After oil is extracted from coconuts, for instance, another step is needed to produce MCTs.

Medium-chain triglycerides are absorbed quickly into the liver when ingested, giving rise to the theory that they are less likely to be stored as fat and more likely to be used immediately as energy, Volpe said.

“That doesn’t always happen,” Volpe said. Although there is a greater likelihood the MCTs will be used as energy, you can’t ingest a lot of MCT oil — which contains calories — and not expect it to be stored as a fat, she said.

Athletes have used medium-chain triglycerides for a quick source of energy, but MCTs are not their only fat source, Volpe said.

The other selling point for MCTs is that they can convert into ketone bodies in the blood, Volpe said. Ketone bodies are three related compounds (acetone, acetoacetic acid, beta-hydroxybutyric acid) produced when fat is metabolized. The ketone bodies can cross the blood-brain barrier and provide an energy source, she said.

Ketone bodies are acidic and can build up in the blood and then spill over into the urine, causing a state called ketosis. This is what keto dieters strive for in their quest to burn fat.

But at higher levels, known as ketoacidosis, the bloodstream is flooded with extremely high levels of glucose and becomes acidic, which creates serious problems, she said.

People who ingest too much MCT oil are at risk of developing a fatty acid deficiency, which can manifest as dry or dull skin and dry hair, and can lead to certain kinds of anemia, Volpe said.

The research involving Alzheimer’s disease and autism has been promising, but more studies are needed to see whether there are any real benefits, she said.

What about evidence to show that using MCT helps you lose weight? Or boost energy? Or reduce stress on muscles?

The studies are mixed. A 2010 study from England found that MCT is “ineffective in improving exercise performance” and suggested further research. Research from Columbia University and New York Obesity Research Center found that adding MCTs to a diet can result in weight loss when compared with olive oil, but the study was small.

There are some other drawbacks to using medium-chain triglycerides, Volpe said. They don’t taste that good, for one, and they can be more expensive than just eating healthy foods, she said. 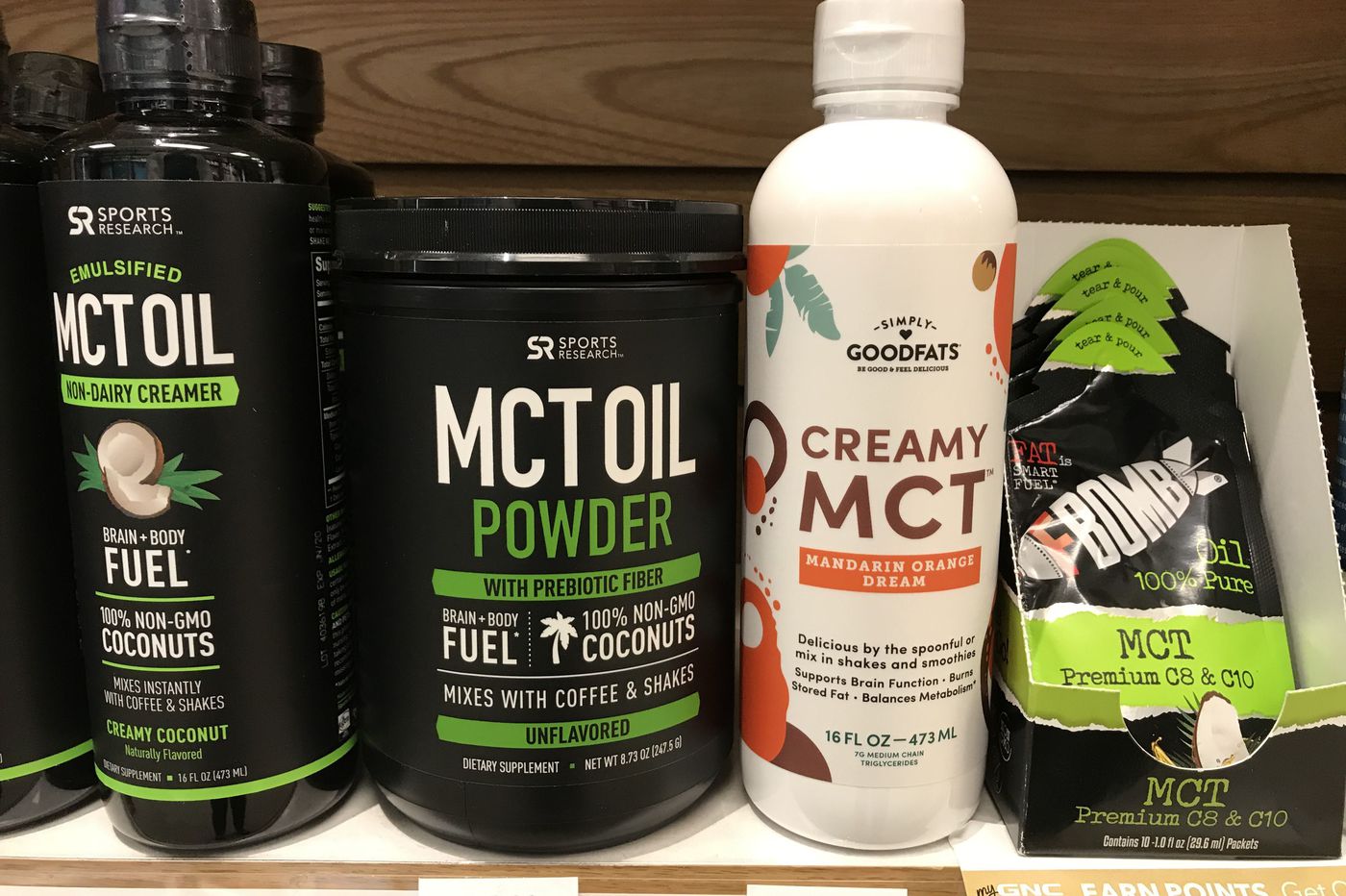 It is difficult to say whether adding MCTs to coffee or other products will end up being a diet fad or not, said Volpe. Medium-chain triglycerides are not a magic bullet, she said.

If you can manage a healthy diet by increasing fruits, vegetables, and whole grains, it is usually better, Volpe said.

Medium-chain triglycerides, however, will continue to be used in a clinical setting to help manage diseases, she said.

Low-carb consuming is not constantly cheap. "We probably invest about 60 bucks a mont…